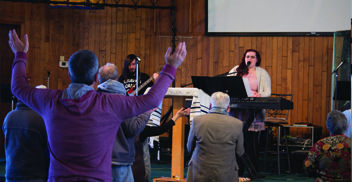 “Where it the Spirit of the Lord is, there is freedom.”

Freedom marks the First Assembly of God experience.
Visit us and you will see a congregation that:

Come visit! Sit back, observe, and feel comfortable. We’d love to see you!
We don’t make visitors stand or say anything. Dress is casual. Nursery and children programs are available.

We love God and God loves people. The family of First Assembly of God joyfully and lovingly joins together to open up a GATEWAY for earth to touch Heaven, and Heaven to touch earth. We are the gateway to the unreached world. 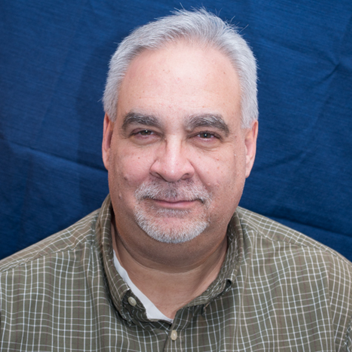 Lead Pastor
Warning: count(): Parameter must be an array or an object that implements Countable in /home/customer/www/dhfirstag.org/public_html/wp-content/plugins/Ultimate_VC_Addons/modules/Ultimate_Team.php on line 477

GET TO KNOW HIM
Pastor Bret Abdullah

Pastor Bret Abdullah joined the pastoral team of First Assembly in October of 2012 as the Associate Pastor. In August 2014, Pastor Bret was elected as the Lead Pastor. He has a strong call to prayer, discipleship, and reaching the strategic Dearborn/Dearborn Heights/Detroit region. Pastor Bret studied at Eastern Michigan University and received ministry training through the Michigan School of Ministry and Central Bible College – Michigan and is a Licensed minister of the Assemblies of God. Having grown up in Dearborn and having pastored in the city of Detroit with the Church of God in Christ, Rev. Abdullah has a heart for people of all races, nationalities,and backgrounds. He has two sons, Paul and Silas.

Children's Pastor
GET TO KNOW HER
Holly Abdullah

Holly equally shares a passion for ministry having been involved extensively in many multicultural ministry settings such as the Bronx, NY, Cleveland, TN and Dearborn. Currently, Holly is leading the Children’s Ministry. She is a graduate of Lee University. She has a dog, Finney. and two cats, Scooter and Zoe.

The Scriptures, both the Old and New Testaments, are verbally inspired of God and are the revelation of God to man, the infallible, authoritative rule of faith and conduct.

The one true God has revealed Himself as the eternally self-existent “I AM,” the Creator of heaven and earth and the Redeemer of mankind. He has further revealed Himself as embodying the principles of relationship and association as Father, Son and Holy Spirit.

The Lord Jesus Christ is the eternal Son of God.

Man was created good and upright; for God said, “Let us make man in our own image, after our likeness.” However, man by voluntary transgression fell and thereby incurred not only physical death but also spiritual death, which is separation from God.

Man’s only hope of redemption is through the shed blood of Jesus Christ the Son of God.

The ordinance of baptism by immersion is commanded by the Scriptures. All who repent and believe on Christ as Saviour and Lord are to be baptized. Thus they declare to the world that they have died with Christ and that they also have been raised with Him to walk in newness of life.

All believers are entitled to and should ardently expect and earnestly seek the promise of the Father, the baptism in the Holy Spirit and fire, according to the command of our Lord Jesus Christ. This was the normal experience of all in the early Christian Church. With it comes the enduement of power for life and service, the bestowment of the gifts and their uses in the work of the ministry.

The baptism of believers in the Holy Spirit is witnessed by the initial physical sign of speaking with other tongues as the Spirit of God gives them utterance. The speaking in tongues in this instance is the same in essence as the gift of tongues, but is different in purpose and use.

Sanctification is an act of separation from that which is evil, and of dedication unto God. The Scriptures teach a life of “holiness without which no man shall see the Lord.”

By the power of the Holy Spirit we are able to obey the command: “Be ye holy, for I am holy.”Sanctification is realized in the believer by recognizing his identification with Christ in His death and resurrection, and by the faith reckoning daily upon the fact of that union, and by offering every faculty continually to the dominion of the Holy Spirit.

The Church is the Body of Christ, the habitation of God through the Spirit, with divine appointments for the fulfillment of her great commission. Each believer, born of the Spirit, is an integral part of the General Assembly and Church of the Firstborn, which are written in heaven.

A divinely called and scripturally ordained ministry has been provided by our Lord for the fourfold purpose of leading the Church in:

Divine healing is an integral part of the gospel. Deliverance from sickness is provided for in the atonement, and is the privilege of all believers.

The resurrection of those who have fallen asleep in Christ and their translation together with those who are alive and remain unto the coming of the Lord is the imminent and blessed hope of the church.

The second coming of Christ includes the rapture of the saints, which is our blessed hope, followed by the visible return of Christ with His saints to reign on earth for one thousand years.

There will be a final judgment in which the wicked dead will be raised and judged according to their works. Whosoever is not found written in the Book of Life, together with the devil and his angels, the beast and the false prophet, will be consigned to the everlasting punishment in the lake which burneth with fire and brimstone, which is the second death.

“We, according to His promise, look for new heavens and a new earth wherein dwelleth righteousness.”

Besides being a local church, First Assembly of God has had a regional and national ministry. We have hosted 24FLOOD (also known as The Furnace) and currently host some of the Dearborn House of Prayer services focusing on an awakening in the strategic Dearborn/Detroit region and the nation. We have also hosted a number of national and international figures such as Lou Engle, General Jerry Boykin, Brian Simmons, and Father Zecharia. We’ve been blessed with the ministry of worship leaders such as Justin Rizzo, Aaron Crider and Catherine Mullins. Conferences, prayer gatherings, and strategic events are a regular occurrence, designed to encourage the Body of Christ in the region and to win people to Christ.